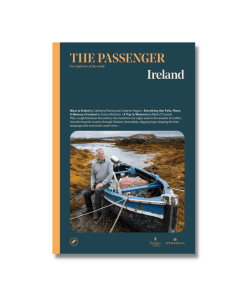 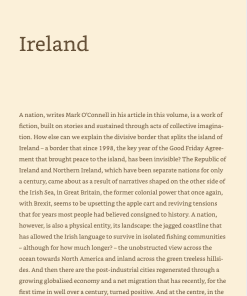 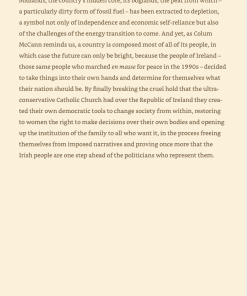 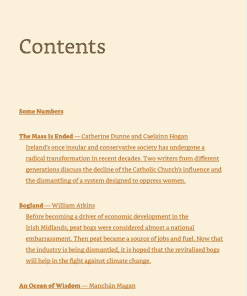 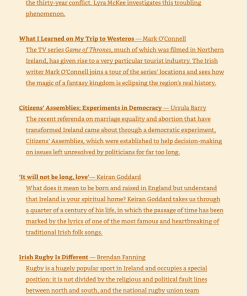 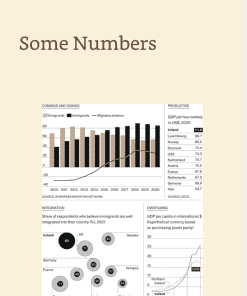 Ireland. The passenger. For explorers of the world

‘These books are so rich and engrossing that it is rewarding to read them even when one is stuck at home.’ – The TLS

Plus: life on the margins of two unions and right in the middle of Brexit, making war on each other for 30 years while playing on the same national rugby team, emigrating to the great enemy or transforming the country one referendum at a time, digging peat bogs and building cottages, talking of the sea in Gaelic, and much more…..

On the centenary of the partition that split the island in two, The Passenger sets off to discover a land full of charm, and conflict, a country that in just a few decades has gone from being a poor, semi-theocratic society to a thriving economy free from the influence of the Catholic Church. With 1998’s peace agreements, the conflict between nationalists and unionists seemed, if not resolved, at least dormant. But Brexit – with the ambiguous position it leaves Northern Ireland in – caused old tensions to resurface.

The Passenger explores their ramifications in politics, society, culture and… sport. Meanwhile, south of the border, epochal transformation has seen a deeply patriarchal, conservative society give space to diversity, the only country in the world to enshrine gay marriage in law through a referendum. And there’s a whole other Ireland abroad, an Irish diaspora that looks to the old country with new-found pride, but doesn’t forget the ugliness it fled from. Memory and identity intertwine with the transformations – from globalisation to climate change – that are remodelling the Irish landscape, from the coastal communities under threat of disappearing together with the Irish language fishermen use to talk about the sea, while inland the peat bogs, until recently important sources of energy and jobs, are being abandoned.

From Catherine Dunne to Colum McCann, Mark O’Connell and Sara Baume, Irish (but not only) writers and journalists tell of a country striving to stay a step ahead of time. 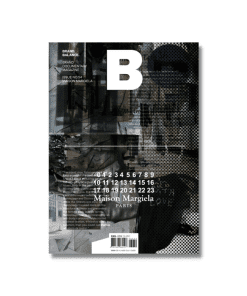 Magazine B No.54 MAISON MARGIELA Magazine B No.66 HOSHINOYA Magazine B No.63 IKEA Magazine B No.88 COPENHAGEN Magazine B No.65 LE LABO